How the Spiral Nozzle Works

A spiral nozzle is a solid cone or hollow spray nozzle. The jet angle can range from 60°-170° at 3 bar pressure, and the liquid flow rate can range from 5.5-4140 L/min. This compact design has an unobstructed and unblocked coreless straight-through flow channel design, which enables the liquid to reach the maximum flow rate on a given size pipe. It can pass the liquid or slurry through the tangent and continuous smaller spiral surface. After the collision, it becomes a tiny droplet and sprays out to form a mist. The streamlined design of the nozzle cavity from inlet to outlet minimizes drag coefficient, making the helical nozzle suitable for a variety of jobs.

The nozzle has internal and external thread type. Usually 1/4 inch – 6 inch nozzles can be made of brass, 316 stainless steel castings, TEFLON Teflon or PVC materials, respectively. For special applications, other materials can also be used. 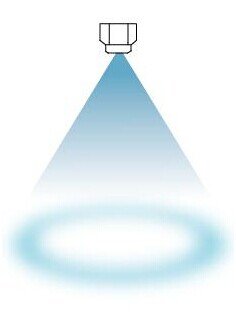 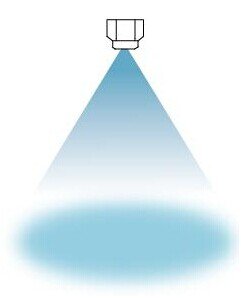 After the liquid (or slurry) is tangent and collided with the continuously smaller helical surface, it becomes tiny liquid droplets and sprays out to form a mist. The streamlined design of the nozzle cavity from inlet to outlet minimizes drag coefficient, making the helical nozzle suitable for a variety of jobs. For example: chemical industry, environmental protection, electric power, textile and many other industrial fields, especially the flue gas desulfurization and dust removal industry is more widely used. Its wear resistance, corrosion resistance, fogging properties and anti-blocking properties have been accepted by many users in the industry.

The internal structure of this kind of nozzle is relatively simple. The upper part is just a cavity without any internal components, and the lower part is a spiral body. The tangent of the helix makes the liquid into small droplets and sprayed out, so the spray area of ​​the helical nozzle is a solid cone fog field composed of a series of continuous concentric hollow cones. The helical nozzle can be made of materials such as metal or plastic. Manufactured, using thread or flange connection, this type of nozzle can provide 60, 90, 120, 150, 170 different spray angles, which can meet the needs of different projects.

Spiral nozzles not only have a fine atomization effect, but also have a wide range of selectable flow rates and spray angles. They are widely used in engineering, such as: removing sulfur dioxide tail gas from large thermal power plants, suppressing coal dust and other dust, and controlling fires and other fields are widely used.